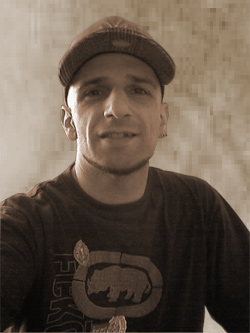 Jungle tunes with a such clear shape can only be created by a well experienced carvers hand. Bay B Kane returned to the producer scene in 2009. In the mid 90s he was one of the protagonists of the early Jungle scene releasing more than 200 tracks. Today he is among the top creators of Future Jungle still followed by a remarkable community. Recently he has released on various labels including two albums on Boomsha Recordings, Top Drawer Digital and Junglist Manifesto Recordings, and produced numerous remixes as e.g. for Justice and Metro.